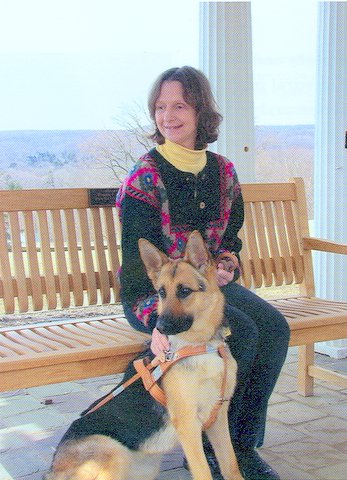 I entered into an intensive program of blind rehabilitation during which I learned new ways of doing almost everything. The process of rehab gave me the confidence to take the first steps forward. As success built on success, I began to rebuild my life. I immersed myself in my rehab program, learning everything from Braille to using a long cane to travel. After completing my formal rehabilitation, I entered the field of blind rehab, obtaining a Master’s degree from Western Michigan University a few years later. I worked in the field for more than 20 years, the last five of which I spent at the VA Southeastern Blind Rehabilitation Center in Birmingham, AL as the subject matter expert for the computer access training section. In 2007, I left the rehab field to take my current position as a VA Section 508 analyst.

I’ve reached a point in my life where I feel I can help others by telling my story. I’ve written a book about my journey, Out of the Whirlpool, a memoir of remorse and reconciliation. Going public with my story is a decision that I will never regret. I have started speaking publicly about what I went through and the reaction has been overwhelmingly positive. Again and again people tell me that they have considered suicide, attempted suicide, or know someone who is considering suicide. 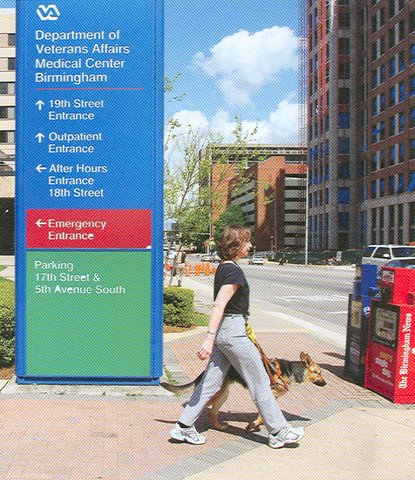 According to the American Association of Suicidology (AAS), almost 1 million Americans attempt suicide each year and nearly five million Americans have a friend, family member, or loved one who has committed suicide. The numbers are staggering.

With the start of National Suicide Prevention Week on Sunday, September 8, VA is working with community-based organizations, Veterans Service Organizations (VSOs), health care providers, private companies and other government agencies to increase awareness of suicide warning signs and risks. VA also is leading an effort to encourage individuals to show their support for Veterans by signing an online pledge at www.VeteransCrisisLine.net to learn the signs of a crisis.

In 2011, the National Veterans Suicide Prevention Hotline was renamed the Veterans Crisis Line to encourage Veterans and their families and friends to make the call. People who know a Veteran best may be the first to recognize emotional distress and reach out for support when issues reach a crisis point—and well before a Veteran is at risk of suicide.

Today I’m married to Jim, my husband of 28 years. My work with the VA Section 508 team is fast-paced and exciting. Instead of the dread with which I faced each new day all those years ago, I now greet each new day in eager anticipation of what I’ll discover.

I am proud of what I’ve made of my life. I’m also extremely grateful to the people who have helped me along the way. I didn’t do it in a vacuum. The important thing, if you feel your life is not worth living, is to talk about it and get help.

Sue W. Martin is a Management Analyst with the VA Section 508 Office where she manages the accessible e-learning project. Sue lives in Springville, AL and likes taking long walks with her Seeing Eye Dog, Kismet.

Note: In July 2012, Freedom Scientific, the largest worldwide manufacturer of assistive technology products for those who are blind or have low vision interviewed Sue for their official podcast series. It’s the first public interview she has given concerning her life and her writing. To listen to the podcast, visit http://www.freedomscientific.com/FSCast/episodes/fscast068-july2012.asp.